Recently Picasso’s Jeune fille endormie was donated to the University of Sydney “on the strict understanding that it would be sold and all the proceeds directed to scientific research.” (see)

The painting will be auctioned tomorrow (21st June) in London with the proceeds going toward the new Centre for Obesity, Diabetes and Cardiovascular Disease.

The irony of this event is depressing in the extreme. Placing the utilitarian approach to art and the myopia over the sciences to one side. The fact that a Picasso is being auctioned to fund a centre targeting obesity is absurd.

Obesity is a category created to define the body that exceeds normality. Obesity science is on a quest to find a way to normalize bodies the exceed regulatory measures such as BMI.*

Picasso however is notorious for his depictions of the body as anything but normal. For example see Picasso’s Les Demoiselles d’Avigno 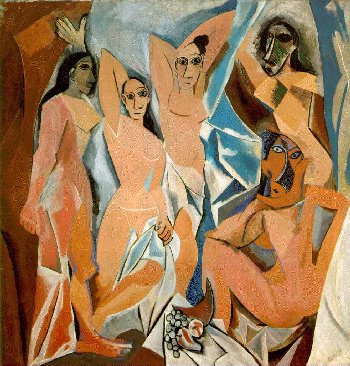 (From the Art History Archive, here)

Across the different periods of Picasso’s work he depicts the body as anarchic, excessive and unbridled. To auction one of his works to advance a science – however well intended – that seeks to confine, constrain and regulate the body is a disgrace and embarrassment.

* I am not focusing on a critique of obesity science here. Merely stating that it seeks to normalize bodies. For a critique see Michael Gard’s work. He is interview here.