Let’s boycott
Boycotted everything I see here long ago

In 2003 the US was attempting to gain an international consensus in support of their planned invasion of Iraq. The French government were not so keen and refused to join the “coalition of the willing”. In a mature act of protest, certain American politicians and media personalities called for a boycott of all things French.

An immediate target was the delicious French Fry. Rather than boycotting the culinary delicacy that keeps America running – especially when the sugar hit of Dunkin’ Donuts wears off – some clever politicians proposed a re-branding. Robert Ney (R-Ohio) the chairman of the Committee on House Administration ordered that the three cafeterias in the House office buildings change their menus from listing french-fries and french-toast, to freedom-fries and freedom-toast. Representative democracy at its finest! 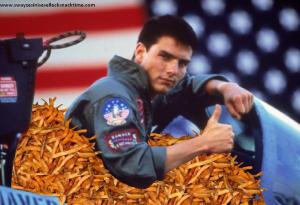 According to Ney this was ‘a small, but symbolic effort to show the strong displeasure of many on Capitol Hill with the actions of our so-called ally, France’. A number of private restaurants followed suit and media personalities such as Bill O’Reilly encouraged consumers to boycott French products, particularly wine.

In a study examining the impact of the calls to boycott French wine in the US, Chavis and Leslie estimate that there was a ‘13% [or $112 million] decrease in the volume of French wine sold over the first 6 months after the US war with Iraq’.

These figures suggest that ethnocentric consumers have the potential to significantly reduce sales – at least for a time. As shown through the work of Swaminathan et al. ‘[n]egative information or negative publicity surrounding a brand [or country] can threaten the stability of the consumer-brand relationship and has a higher salience and diagnostic value than positive information’.

As absurd as this scenario is it demonstrates the unpredictable political impact of country-of-origin labelling on consumer behavior. French wine and the idea of terroir is ordinarily seen as a mark of quality and something to be marketed, particularly in contrast to the increased interconnection between the food system and global capitalism enables the commercialised food product to be abstracted from the origin and conditions under which it was produced.

The global food systems results in anonymization of food product. The consumer at the point-of-purchase is ignorant of the conditions under which the food came to be in the supermarket. In this situation the consumer is vulnerable to manipulation by marketing and branding that seeks to represent what a consumer expects or imagines are the conditions under which food is produced.

A consumer may expect a food item, whether tinned tomatoes or cream-cheese, to be associated with pastoral scenes of red barns, wandering holstein’s, and perhaps a salt-of-the-earth type farmer leaning on a fence post. However, when the country-of-origin is known, and this knowledge coincides with a specific economic or political climate, this knowledge can have unpredictable effects on a brand, product or market.

Country-of-origin influences consumer purchasing decisions, but in unpredictable ways. Prior to 2003, a “product of France” label would indicate quality and tradition, characteristics beneficial for wine sales. However, for a period after 2003 it became a liability. While empirical research suggests that ‘consumers actually have only modest knowledge of the national origins of brands’, when labelling or political influence emphasise this information, the country-of-origin has the potential to transform a brand or product into a political act.

In 1989 my uncle returned from a trip to the US with a pair of basketball shoes that were not yet available in Australia. Having seen them on the feet of American basketball stars, my friends and I coveted these shoes, and I was the first to own a pair. Taking them out of their box, I noticed the label at the back of the tongue: Made in Indonesia. I was disappointed. These shoes were not from the land of Magic Johnson or Michael Jordan but from an island I knew little about, 3000

kilometers to the north of Australia. Rather than the genuine product and official brand of champions, I was in possession of a cheap imitation. My sense of disappointment was not alleviated when an older boy assured me that the shoes were in fact fake.

The revelation that my basketball shoes were not made in America was my first conscious encounter with globalised manufacturing and trade. The now commonplace statement, ‘Made in Indonesia’, took some of the sheen off the brand, which was so carefully manufactured in marketing and design offices far removed (geographically, economically and culturally) from the factories in which the shoes were manufactured.

While I would like to say that the disappointment I felt in learning that the shoes were made in Indonesia was due to concern for the conditions of the workers, this would be disingenuous and perhaps a bit much to expect of a 9 year-old. My disappointment was due to the otherness of Indonesia. These shoes were not made by people like “us” – me, my friends, Magic Johnson or Michael Jordan. They were made by “them” – people I knew little of, except that they weren’t in the NBA, didn’t play basketball, didn’t appear in the multi-million dollar commercials, and according to a friend’s father, were waiting for an opportune time to invade Australia. These feelings of parochialism, or perhaps more accurately racism and xenophobia, were an early expression “consumer ethnocentrism”.

Ethnocentrism is the attitude that distinguishes between an “in-group” and “out-group”. Terence Shimp and Subhash Sharma developed the concept of consumer ethnocentrism to ‘represent the beliefs held by American consumers about the appropriateness, indeed morality, of purchasing foreign made products’ [1: 180]. According Shimp and Sharma’s study on the psychology of ethnocentric consumers ‘purchasing imported products is wrong because, in their minds, it hurts the domestic economy, causes loss of jobs, and is plainly unpatriotic’ [1]. While Shimp and Sharma focused on the 1980s American automobile industry, I suggest that consumer ethnocentrism is increasing in the food industry through current debates over country-of-origin labelling and local sourcing movements.

The global food system has led to an increase in ignorance and confusion about where food comes from and the conditions under which it is produced. This ignorance is manifest in at least two forms. First, a general ignorance about the way food is produced and where it comes from, i.e. what season does asparagus 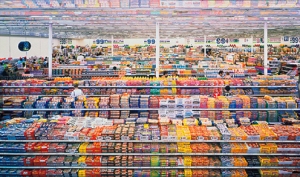 grow or what part of a pig does bacon come from? And second, where geographically does the asparagus I purchased in the supermarket come from or a more complex question, where was my microwave dinner produced, and were the ingredients all from the same location? Unlike my basketball shoes, the country-of-origin labelling on food products is not as clear. And some food products may use ingredients, manufacturing processes and labor from a variety of countries.

Since the early twentieth century, the Commerce (Trade Descriptions) Act 1905 and Commerce (Imports) Regulations 1940 has enforced country-of-origin labelling for clothing imported into Australia [2], with similar legislation in place in the US (Tariff Act of 1930). However, these laws do not address the importation of food products. Over the past decade, country-of-origin labelling for food products has become a significant issue for consumer’s, workers’ unions and food companies in the US [3, 4], Australia [5-7], and the European Union [8, 9].

There are a number of reasons why consumer groups and sectors of the food industry want country-of-origin labelling regulations for food products. A common reason is food safety. With the interconnection of the global food system, governments and consumers are concerned by food poisoning outbreaks, such as bovine spongiform encephalopathy (BSE) or “mad-cow disease”, and possibility by the threat of cross-contamination [10]. The recent outbreak of Hepatitis A in Australia associated with Nanna’s Mixed Berries from Chinese factories has re-invigorated the country-of-origin labelling debate.

A second argument for the introduction of country-of-origin labelling is to protect domestic markets. For example, canned food company, SPC Ardmona, made 150 redundancies and closed a production factory in Australia. According to the Australian Manufacturing Workers’ Union this is partly due to a lack of adequate labelling laws that allow major supermarkets in Australia to stock cheap imported foods without being required to inform the consumer [7]. Furthermore, while the label may state “Made in Australia” this is allowed ‘even if only a few of the ingredients are grown in Australia’ [5]. As a result, companies that use local workers and ingredients are squeezed out of the market by cheaper imported goods.

Food safety and the protection of domestic markets are significant issues, yet they can also become enmeshed with more explicit manifestations of consumer ethnocentrism. With products and brands representing “us” or “them”. In Part Two, I discuss the example of “in-group” ethnocentric consumption in relation to Dick Smith’s response to Kraft Foods ownership of Vegemite. In Part Three I use the call for US consumers to boycott French products in response to the French government’s refusal to join the “coalition of the willing” to highlight “out-group” ethnocentric consumption.