Ivan Illlich, the Austrian philosopher, Catholic priest and iconoclast, was asked to give a lecture to a group of American Lutheran pastors on the topic of life. Rather outlining a philosophy of life, Illich called life an idol.

Illich said the pastors were dismayed by his characterisation. After all Jesus is the ‘bread of life’, ‘the way, the truth and the life’, and promises abundant life. 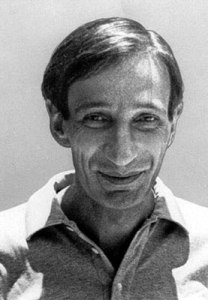 What could it mean to call life an idol?

For Illich, life is an idol worshiped and used by marketers, theologians, politicians, scientists, journalists, and activist to motivate, reveal and hide all sorts of responses, actions and emotions. Yet, there is never any attempt to provide an adequate definition.

In his acerbic style Illich says ‘when I used the word life today, I could just as well just cough or clear my throat or say “shit”’.

For Illich, life becomes an idol because it is an empty signifier that can be filled with whatever meaning an authoritative and persuasive speaker gives. In his terms, life is an amoeba word. A word that when thrown into a conversation ‘makes waves, but it doesn’t hit anything. It has all these connotations, but it does not designate anything precisely’.

Other amoeba words could be freedom, family, democracy, race, secular, or gender. Illich was not suggesting that the things these words signify or represent are necessarily unimportant or shit. Rather they tend to hide or assume what is at stake.

Amoeba words are imprecise yet produce deep cultural and emotional resonance. Perhaps the more important a topic is the more amoeba words appear.

The use of lifestyle is a case in point. Despite its banal appearance it is a divisive word. It divides lives as “in” and part of “us” from those that are “out” and part of “them”. Sure, lifestyle is used to market insurance or sell funeral packages, but it is also used to identify what is valued and can be disregarded.

The idol of lifestyle is used to justify the careful inclusion of some lives and in the same movement violent exclusion of others.

George H.W. Bush infamously told the 1992 Rio Earth Summit that the American way of life was not negotiable. The rest of the world may burn, but the American lifestyle has such a high value that it will not be compromised.

There are lifestyles that ‘fully participate in the life of our country’ and there are lifestyles that are outside of “our country”. Being “inside” grants security, celebration and flourishing, while being “outside” leads to abandonment and exposure. Of course, to be outside is a choice and therefore removes responsibility for care from the “inside”.

Like Illich’s observations, the idol of life and amoeba words continue to abound in political and popular discourse. Perhaps coughing or saying shit in their stead may interrupt the pronouncements of false prophets and disrupt the flow of worshiping these false gods.